She’s done it again. Aveyard has drug me further down the rabbit hole that is this series. She did it with action, politics, and emotion and I can’t get enough.

Mare Barrow is back with the Scarlet Guard. She’s got the brother she thought she lost, the exiled prince, and a heap of guilt on her conscience. She and her team sweep the country finding more people like her and her brother: red-blooded with silver-like abilities. They need to find them before the newly-crowned, deranged King Maven can get to them and kill them, or worse, hand them over to his mother to use as puppets.

In all honesty, you can easily tell that this series is meant for teens. The writing is good, but super angsty. There is also a lot of emphasis on blood. I get it, the classes are separated by blood color, but just tone it down a little. Despite that, I love this series. The story is great and the twists are better.

Bring on the third book! 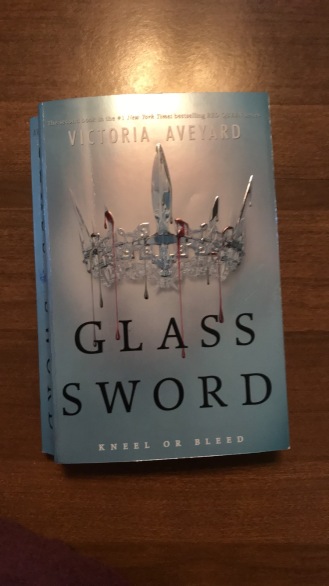