Officially titled Our Towns: A 100,000 Mile Journey into the Heart of America which is a mouthful to put at the top. James and Deborah Fallows are reporters who decided to travel across the United States and write about what they saw in the towns that no one visits. They went to these so-called “fly-over” cities and dug into what really makes this country so appealing. They visited some cities that we’ve heard of such as Fresno, California and Columbus, Ohio, but most of the cities I had never heard of such as Ajo, Arizona; Duluth, Minnesota; Eastport, Maine, and so many more.

What they did when they got to these cities was met the people. They met people in these tiny cities who had lived there all their lives. They met people who came from big cities like New York and L.A. and fell in love with the small town they were relocated to. They met small-town mayors who were working their tails off to better the city in any way they could. They met with school officials who were making a difference in the lives of children that would probably otherwise be forgotten. The Fallows’ wanted to know what made America tick, and they found it in these little po-dunk towns.

Schools were a big theme I found in this book. Every city they went to there was a school mentioned. Many different schools. In a few cities there was a school that was rundown. Small classrooms, not a whole lot of supplies. But the students were proud of their city still. They wanted to help raise it up. In other cities there were schools doing extraordinary things. Schools that started a community garden and sold their crops at local farmers markets. An elementary schools that had a sole focus on engineering. I read about a high school that went from a 44% graduated rate up to a 96% graduation rate because the students were given the help they needed to prepare for college. These are the leaders of tomorrow and they love the little towns they grew up in.

My favorite cities were Duluth, Minnesota and Winters, California. Duluth because it sounded kind of similar to my hometown of Morgan Hill, California. Not the smallest city, but cozy. Has a downtown where restaurants and boutiques thrive. I liked Winters because it was the town I always wished I did come from. So small that all of the kids at the high school had gone through all schooling together. Families that had known one another for generations. All packed tightly in the woods near Yosemite. I think maybe I’ll retire to Winters. 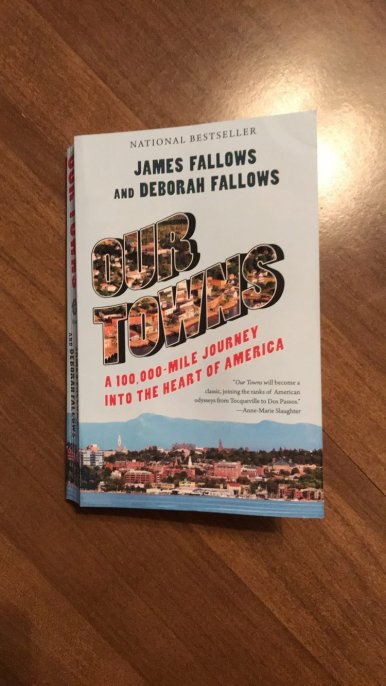